You can either pick your South African English voice talent from our voice demos or request a voiceover audition of your script. Just send us your project specs including audition age, gender, style, media, usage, markets and deadline. We’ll cast only the South African voice actors we believe will be a good fit for your script and help you select the best professional for your project. 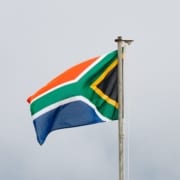 South African English is a language variety originating from English colonization of the South African region in the 18th and 19th centuries.

SAE is the primary language and one of the 11 official languages of South Africa, along with Afrikaans and 9 indigenous languages (Zulu, Xhosa, Pedi, Sotho, Swati, Venda, Tswana,Tsonga and Ndebele).

– The Cultivated variety, which resembles England’s Received Pronunciation and is more commonly spoken by the upper class.

– The General variety, spoken by the middle class.

– The Broad variety, associated with the working class.