You can either pick your Russian voice talent from our voice demos or request a voiceover audition of your script. Just send us your project specs including audition age, gender, style, media, usage, markets and deadline. We’ll cast only the Russian voice actors we believe will be a good fit for your script and help you select the best professional for your localization project. 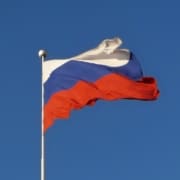 Russian (русский язык) is an official language in Russia, Belarus, Kyrgyzstan and Kazakhstan and is widely spoken throughout Eastern Europe, the Baltic region, the Caucasus and Central Asia.

With 144 million speakers in Russia, Ukraine and Belarus, Russian is the most widely spoken language among the Slavic group and mutually intelligible with Ukrainian and Belarusian.

Russian is the largest native language in Europe and, after English, the second-most used language on the Internet.

Modern standard Russian developed from the Moscow dialect with the modernization reforms introduced by Peter the Great at the beginning of the 18th century and is generally referred to as Modern Russian Literary Language.

Until the last century, modern standard Russian was spoken mostly by the urban population and the upper class, while dialects were still widely used by Russian peasants in the countryside until the 1950s, when the Soviet government introduced compulsory education and forced them out.

Written Russian uses a Cyrillic alphabet with 33 letters. Cyrillic is a writing system originated in Bulgaria in the 9th century and used in several languages across Eurasia.