You can either pick your Mandarin Chinese voice talent from our voice demos or request a voiceover audition of your script. Just send us your project specs including audition age, gender, style, media, usage, markets and deadline. We’ll cast only the Mandarin voice actors we believe will be a good fit for your script and help you select the best professional for your localization project. 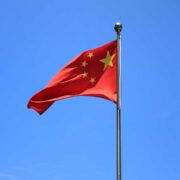 Mandarin defines a group of Chinese languages native to almost 1 billion people. It is spoken in most of northern and southwestern Mainland China, Taiwan and Singapore.

Like many South East Asian languages, Mandarin is a tonal language, where tone is used to inflect words and distinguish grammatical and lexical meaning.

The Mandarin area has hosted the capital of China for most of the last millennium, which contributed in making Mandarin dialects very influential.

In the early 20th century, a standard variant based on the Beijing dialect developed into a national language. Standard Mandarin Chinese (Pǔtōnghuà: ‘common speech’ – Simplified: 普通话, Traditional:普通話) is now the official language of the People’s Republic of China.

Guoyu is a similar standard in Taiwan (Standard Taiwanese Mandarin), and Standard Singaporean Mandarin is one of the 4 official languages in Singapore.

Standard Mandarin Chinese is the most commonly taught Chinese variety and one the predominant Mandarin dialects internationally.