You can either pick your Latin American Spanish voice talent from our voice demos or request a voiceover audition of your script. Just send us your project specs including audition age, gender, style, media, usage, markets and deadline. We’ll cast only the Neutral Spanish voice actors we believe will be a good fit for your script and help you select the best professional for your localization project. 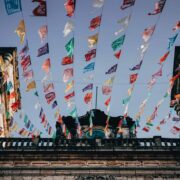 More than 469 million people worldwide speak Spanish (español) as their native language. Approximately 90% of them live in Latin America, the United States and Canada.

The Spanish variant of Latin America differs from Iberian Spanish, the language spoken in Spain, and has incorporated a number of loanwords from English. For example, the Latin American Spanish word for “computer” is computadora, whereas the Castilian Spanish word used in Spain is ordenador.

In spite of the great diversity among the Spanish vernaculars and the lack of an official “standard” language for all Spanish speakers, standardized variants are typically used in translation and voiceover/dubbing work: Iberian/Peninsular (Castilian) Spanish in Spain; Neutral Latin American Spanish in the Americas.

Spanish-speaking America is considered as one territory for distribution. Media content is dubbed into Neutral Spanish to avoid idiomatic expressions and local slang that may be unintelligible or misunderstood.