You can either pick your native Japanese voice talent from our voice demos or request a voiceover audition of your script. Just send us your project specs including audition age, gender, style, media, usage, markets and deadline. We’ll cast only the Japanese voice actors we believe will be a good fit for your script and help you select the best professional for your localization project. 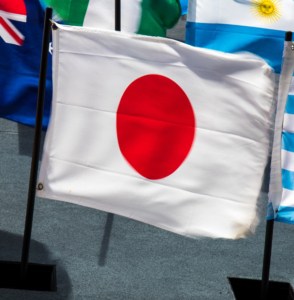 The first full texts in Japanese appeared in the 8th century, when Chinese had substantial influence on the sound and vocabulary of Old Japanese.

Although there’s no relationship between Japanese and Chinese, the Japanese writing system still makes extensive use of Chinese characters (kanji 漢字), along with hiragana (ひらがな or 平仮名) and katakana (カタカナ or 片仮名). Latin characters are also adopted, mostly for borrowed acronyms, and Arabic numerals are used alongside Chinese numerals.

Japanese is based on a system of honorifics where vocabulary and verb forms indicate the status of the speaker, the listener, and the people mentioned in the conversation. The typical word order is: 1) subject 2) object 3) verb. Particles are used to define the grammatical function of words or sentences. There are no articles, and nouns have no gender or number.

Loanwords from European languages, especially English, have been incorporated in the Japanese language relatively recently, following the end of  Japan’s isolation in the mid 1800s.