You can either pick your British English voice talent from our voice demos or request a voiceover audition of your script. Just send us your project specs including audition age, gender, style, media, usage, markets and deadline. We’ll cast only the English UK voices we believe will be a good fit for your script and help you select the best professional for your project. 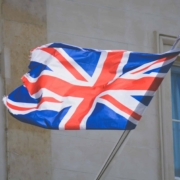 British English is the standard English language spoken in the United Kingdom.

Although there’s a certain degree of uniformity in written English throughout the region, variations are not rare both in written and spoken English. E.g., while the adjective little is predominant in most of England and Wales, wee is more commonly used in Scotland, North East England and Northern Ireland.

Accents and dialects vary considerably both among England, Scotland, Northern Ireland and Wales, as well as within each individual country.

The major groups are generally classified as:

The British dialects also differ in the words they have borrowed from other languages throughout the centuries. However, things have definitely improved since the 15th century, when there were almost 500 ways to spell the word though!