You can either pick your English Canadian talent from our voice demos or request a voiceover audition of your script. Just send us your project specs including audition age, gender, style, media, usage, markets and deadline. We’ll cast only the Canadian voice actors we believe will be a good fit for your script and help you select the best professional for your project. 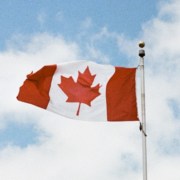 Canadian English is one of the official languages of Canada along with Canadian French, and the first language of about 60% of the total population.

Although Canadian English is classified as North American English, it features elements of both American and British English, as well as uniquely Canadian elements.