You can either pick your Australian English talent from our voice demos or request a voiceover audition of your script. Just send us your project specs including audition age, gender, style, media, usage, markets and deadline. We’ll cast only the Australian voice actors we believe will be a good fit for your script and help you select the best professional for your project. 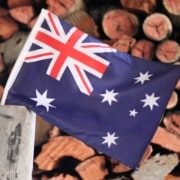 English was introduced in Australia by British English settlers from Great Britain and Ireland in the late 18th century. By the early 19th century, the local language was showing a distinctive accent and vocabulary compared to British English.

The main varieties of Australian English – General, Broad and Cultivate – are socio-cultural rather than regional and can reflect the speaker’s education, social status and rural versus urban background.

The last few decades have seen a smaller percentage of the population with a Broad Australian accent, a near disappearance of the Cultivated Australian variant and a prevalence of General Australian accents, possibly due to their growing presence on radio, television and the Internet in the late 20th century and early 21st century.

Some Australians speak creole languages, e.g. Torres Strait Creole, Australian Kriol and Norfuk. While they’re based on Australian English, they are considered as separate languages rather than English dialects.