You can either pick your Arabic talent from our voice demos or request a voiceover audition of your script. Just send us your project specs including audition age, gender, style, media, usage, markets and deadline. We’ll cast only the Arabic voice actors we believe will be a good fit for your script and help you select the best professional for your project. 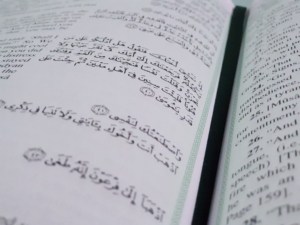 The terms Modern Standard Arabic (MSA) or Modern Written Arabic (MWA) are used to refer to the variety of standardized, literary Arabic that developed in the Arab world in the late 19th and early 20th centuries.

Modern Standard Arabic is the standard language across the Middle East, Northern Africa and the Horn of Africa. Most printed material, including newspapers, magazines, official documents, and books, is written in MSA.

While MSA is the standard language taught in formal education and is used by academics, official media such as TV and radio, law and legislation, it is generally not spoken in everyday conversations and differs considerably from vernacular varieties of Arabic (Colloquial Arabic) commonly spoken as mother tongues, these being only partially mutually intelligible with both MSA and with each other.

Although Western linguists consider MSA as a distinct language from Classical Arabic—the variety of standard Arabic in the Quran and Islamic literature of the 7th, 8th and 9th centuries, native Arabic speakers do not consider “Modern Standard Arabic” and “Classical Arabic” as separate languages and refer to both as al-ʻArabīyah al-Fuṣḥā (العربية الفصحى) meaning “the pure Arabic”. They consider the two forms to be two registers of one language.

Pronunciation of native words, loanwords, foreign names is loose in MSA, names can be pronounced or spelled depending on the region or the speaker. Pronunciation also depends on the speaker’s education and linguistic knowledge and background. The different pronunciations in local dialects is due to the influence from other languages previously spoken or still presently spoken in the regions.