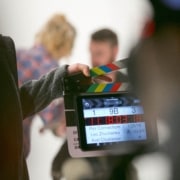 Producing international audiovisual content has become a must for companies and organizations that want to export their products, services and ideas to markets and audiences around the world.

The growing consumption of video has increased the demand for video localization and, in particular, for voiceover and dubbing services for marketing presentations, corporate videos, product presentations, e-learning courses, as well as documentaries and movies.

What are voiceover and dubbing?

Voiceover and dubbing are two distinct production techniques used in video localization to make video content accessible to viewers in other languages. In the translated video, the new voice track is recorded by a professional voice actor in a recording studio and can either overlap or replace the original voice.

Clients often ask me to describe the differences between voiceover and dubbing and to recommend the best solution for their audiovisual content based on purpose, target audience, timeline and budget.

Voiceover is a type of narration used to translate on-camera commentaries or interviews in a language different from the one spoken by the target audience. Instead of replacing the voice of the on-screen character, the translation is recorded and mixed over the original voice track.  The viewer hears the original voice in the background and the voiceover in the foreground. This technique is also referred to as UN-style voiceover.

Dubbing is more common in movies, where the original language of the on-screen characters is replaced with the target language. This method requires some acting skills, as the voice talent has to mirror the tone and emotions of the original actors. In lip-sync dubbing, the foreign language audio is  timed to match the on-screen actor’s lip movements as closely as possible. Word choice is crucial for good dubbing results, and the translated script should be carefully adapted before the recording to facilitate the synchronization process.

The best solution for your video.

The main objective of voiceover is to communicate the overall message rather than to create an illusion that the speaker is actually saying the dubbed words. Therefore, it is mostly used in shorter, more straightforward content, such as corporate or product presentations, documentaries, reportages, training and e-learning courses, which require limited emphasis on the nuances of tone and emotions.

Dubbing is recommended when the video is sharing impactful information and the content must be perceived as “native” to the audience. It’s widely used by the entertainment industry for movies, films and performance videos, as well as long training material. It combines tone, emotions, nuances and accents to capture the intent of the original content as well as the speaker’s personality.

In either scenarios, making  your content available in other languages through video localization will expand your audience and get your message out to different people and markets.

It’s important that the video localization process is managed by experts that will make sure the voiceover or dubbing sessions are recorded in professional studios using professional voice talent.

If you want to learn more about voiceover and dubbing, drop us a line. We’d love to answer your questions and help you localize your next project. 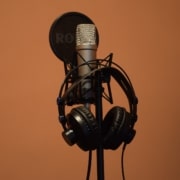 The Basics of Dubbing Services: What You Need to Know
Scroll to top